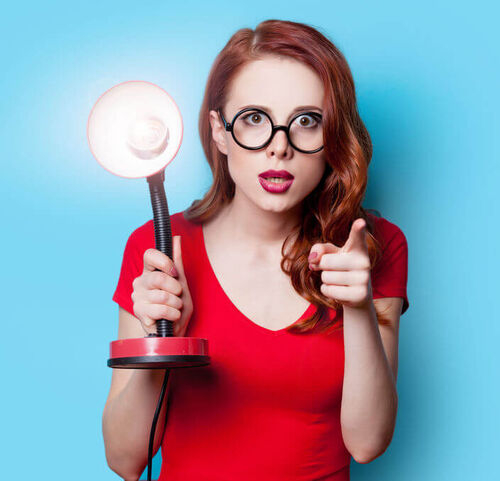 Are You Spying on Your Competitors' Ad Campaigns?

Our tool monitors thousands of native and push advertising campaigns.

#1: Native Advertising is Promotion in Camouflage

As opposed to the traditional way of online promotion that is banner advertisement (also known as display advertisement), native advertising is done in such a manner that both promotion and information are seamlessly balanced.

As Bartosz Wojdynski explained in his paper Native Advertising:Engagement, Deception, and Implications for Theory, his native advertising definition is that it "...involves presenting online content consumers with advertisements that resemble, in format and content ,the non-advertising content that is published on the same platform.".

Simply put this means that mainly, native advertising is done by carefully inserting a sponsored content in a website’s regular posting as if it is a natural part of the editorial. It takes on the behavior of the previous postings and with its seamless balance of information and promotion becomes an advertisement in disguise.

As native advertising takes on many forms, it can be found adapting to various environments and websites, mostly (but not limited to) social media platforms like Facebook, Twitter, and even Tumblr. It can also be widely seen in Forbes, Amazon, and Foursquare among others.

As Outbrain explains the topic on their brief article What is Native Advertising, “Native ads are often found in social media feeds, or as recommended content on a web page. Unlike display ads or banner ads, native ads don't really look like ads.”

Native ads are often found in social media feeds, or as recommended content on a web page. Unlike display ads or banner ads, native ads don't really look like ads.

Outbrain also tackled native advertising’s ability to fend off the usual ad fatigue or ad blindness that consumers develop because of the abundance of ads in every corner of the internet.

“Native ads are brand exposure cloaked in editorial content, so they don’t tire out the audience. As long as the content is relevant and interesting, native advertising engages the audience.” (Outbrain)

Because native advertisements are ‘non-disruptive’, it does not create the gap between the ad and the consumer but bridges it slowly using the well-written informative piece surrounding the brand. By explaining the niche and casually inserting the brand in the conversation, native advertising engages the consumer longer than banner ads, making them more memorable.

As years passed, various companies and professionals have perfected the technique in writing native advertisements. And because it relies heavily in cloaking itself, there was a need to place ethical regulations so its use will not be abused.

The Interactive Advertising Bureau created the Native Advertising Playbook, where it categorized the six types of Native Advertising: Paid Search Units, Recommendation Widgets, Promoted Listings, In-Ad (With Native Elements) Units, In-Feed Units, and Custom/“Can’t Be Contained” for those that do not fall into the five previous types (Spotify, Hearst, Tumblr, etc).

According to ClickZ, hen a native ad is successful, it is because it adhered greatly to the three-part structure that has been perfected through the years.

First is Ad Integration. Carefully inserting the native ad in a platform is of utmost importance; its form should not deviate from the previous ones.

Second is Aligned Objectives, where the ad must be aligned to the need of the consumer at that given moment, which are with better odds when the ad and the website somehow belongs to the same niche.

Last is Ad Transparency, an etiquette play where the brand reveals its ad intent with keywords such as Suggested Post, Recommended Post, and Sponsored, among others, in order to build trust and rapport.

Native Advertising is still young and evolves as the use of internet evolves. Be sure to remember these native advertising definitions in order to help you create or recognize them in the future!

Receive top converting landing pages in your inbox every week from us.

Here’s what we've been up to recently.

How to work with push ads in 2022: RichAds expert hacks

Get our stories delivered

From us to your device instantly